Design a site like this with WordPress.com
Get started

The term was then known, as popular as the term “git gud” by the souls community. Used exclusively by the exuberant manga reader as a friendly recommendation, now brought down by the obnoxious in a derisive way. Seriously, if you wanna tell me to read the manga when I’m already watching the anime, why not recommend me the manga in the first place? Where were you?

Thus came the discrepancy between the obnoxious manga reader who only came out when the anime came out, and the anime watchers who don’t give two shiz about drawings on paper.

I’m not going to act like a be all end all statement, just throwing a coin or two into the well. The well of the anime, that is.

Manga is a term for Japanese comics, typically the source of an original story (Except in certain cases where the manga is an adaptation of a light novel). Contrary to western comics in which the story are interconnected with each other, borrowing some if not all from an established character and world, each manga is entirely original (the story, I mean. Not the techniques).

Similarly, anime is a term for Japanese animation. The stories typically adapt a manga or LN, but there are some original bangers out there like Cyberpunk Edgerunners. If your ears perk when you hear ‘adapt’ and are quickly reminded of Netflix and their adaptation… yeah that’s the best way to explain this.

Like Netflix, not all anime adaptation is a banger. Some aspects could be lost in adapting it to fit an entirely new medium… Actually, most anime adaptations are absolute dogshi- you know what? Why am I even doing this? Why am I doing this to myself?

Don’t smile yet. This is basically a battle between two devils. If you think manga is any better, you’re absolutely wrong. In the same sense, most manga is absolute dogshit as well. If the source is dog water ass piss, why expect better of the anime? No matter how much you polish a shit, it’s still shit.

Let me return the question back to you. If you were to choose, let’s say, a finished anime manga title (FMA), would you read the manga or watch the anime? I would personally watch the anime. That’s literally the title of the video. In Defense of Anime.

If you choose Manga, good on you. You like to control the pacing yourself, you like the compact one-page, and you can skip the filler with a flick of a finger. Or maybe you have more reason? Do let me know.

For me, while being able to control the pacing yourself is a big plus, I still prefer anime over manga for many other factors:

Obviously, the reason why I watch anime is that I want the media I’m seeing to be animated and coloured. Moreso, if the title is action-heavy like AoT or Demon Slayer. It’s more dynamic and alive, not to mention the colours. Instead of the typical black and white, we get colours! Colours carry a lot of meaning that can be (and should be!) played around by the team.

As someone who enjoys films a lot, I have an intense appreciation when anime implement cinematography to enhance the scene. If you think the asset of anime is just the animation, you’re absolutely wrong. The freedom of being able to fill the screen instead of just a small panel at the edge of the page allows the creative minds to play more with it. Colours, camera work, composition… Or even the pacing, that are supposed to be the pros of reading a manga. Pacing is, after all, a storytelling tool. Just imagine, a slow-pacing scene where one shot just stays for 3-5 seconds to build suspense. Then you just flick your finger and onto the next. I think this is the biggest differentiator for me. You can know a story by reading, but you can feel the story, live the story, be in the story by watching.

Still on the topic of cinematography, what do you think builds a shot? Look at this: 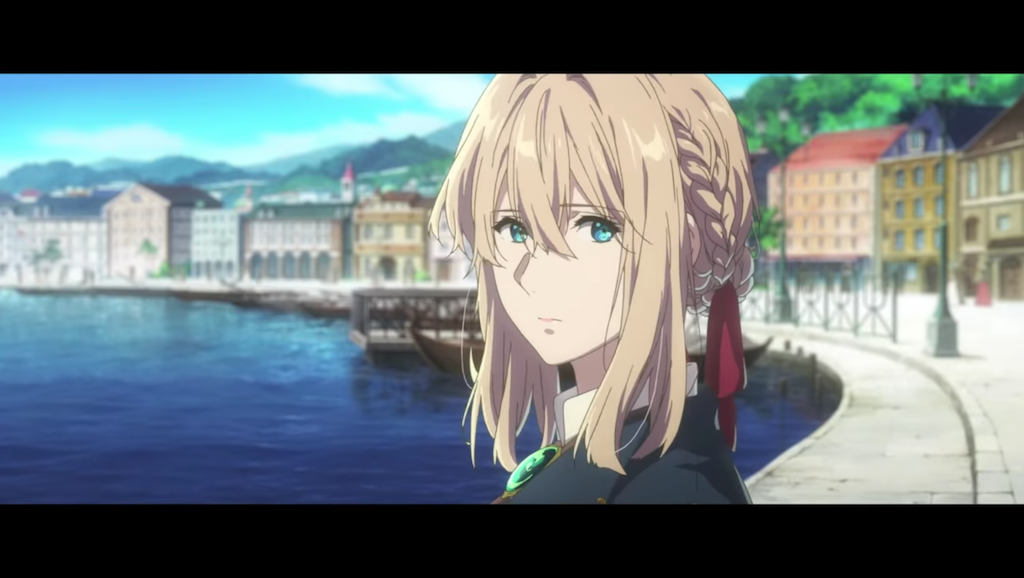 The character, on the foreground, only occupies 30% of the screen. The other 70? They’re all background. Another underrated factor that is dismissed as easily as others. If they occupy so much of the screen, shouldn’t they be taken seriously? Not a main focus, mind you. A background should stay as a background, but it shouldn’t be an excuse for a lazy job. On the other hand, a lot of mangas barely have a background. (Not because of laziness, mind you. It just doesn’t fit the medium most of the time. Which is a shame since it’s also another freedom taken off the creatives. Though, at others, you can actually get a banger.

The OG underrated factor that I’ve already talked about in another video. Music can control pacing, thus control emotions as well. One could argue that you could just listen to a music while reading manga, but that can only go so far. Music in anime is specifically made for them, down to the tone change, the instruments used, leitmotif, even to the minute detail of a millisecond to fit exactly with the scene it’s supporting. You can’t get that handcrafted  experience with just listening to a music while reading manga.

Anothe– Actually, why is there so many underrated factors? Sound design isn’t really being talked about even in western media despite how vital it is. It’s what breathes life into a moving image, what makes us feel the world rather than see or watch. One could say, a good sound design is one that is unnoticeable… I say, JoJo. It’s so exaggerated, yet it works. The impact, speed, even the act of pulling out a stand is so prominent. It wouldn’t have the same power if the sound design is unnoticeable. Obviously, there’s a lot of thought when choosing which style of sound design works for which title. But that just proves how much more important it is than it’s letting on.

You guessed right. It’s underrated. There’s also a huge debate over eng dub or jap dub, but I’m not gonna go there. But if you ask the question, “why?” you’d start to notice how impactful voice-over is for people. Like acting, voice acting is what sells the characters. People get worked up over dubs because they feel the charm of the characters wouldn’t be able to be translated well by all the wonderful people behind them. Again, manga doesn’t have this… Except if you “read” a manga with voiceovers. Those are cool, but shouldn’t the word be “watch” at that point? It’s less manga more anime I think. One could say that to not destroy the voice in one’s headcanon, it’s better to read. But a voice-over would be able to make it far better as well, provided the actors are talented enough. And if it works well, you don’t even need the “headcanon.”

Of course, if the anime doesn’t have or have a crap execution for these factors, I’d swipe to manga in a beat. In that way, selling short the greatest anime out there with “just read the manga” is shitting on the extremely hard work these people have come up with. If the anime is good, then the team behind it has thought of these factors and more to sell us the experience.

I’m not trying to put out a be all end all opinion here. This is a defense, not an attack. Choose whichever media you want to consume. In the end, isn’t the point is to just have fun? So if you can have fun, why destroy the fun of others?